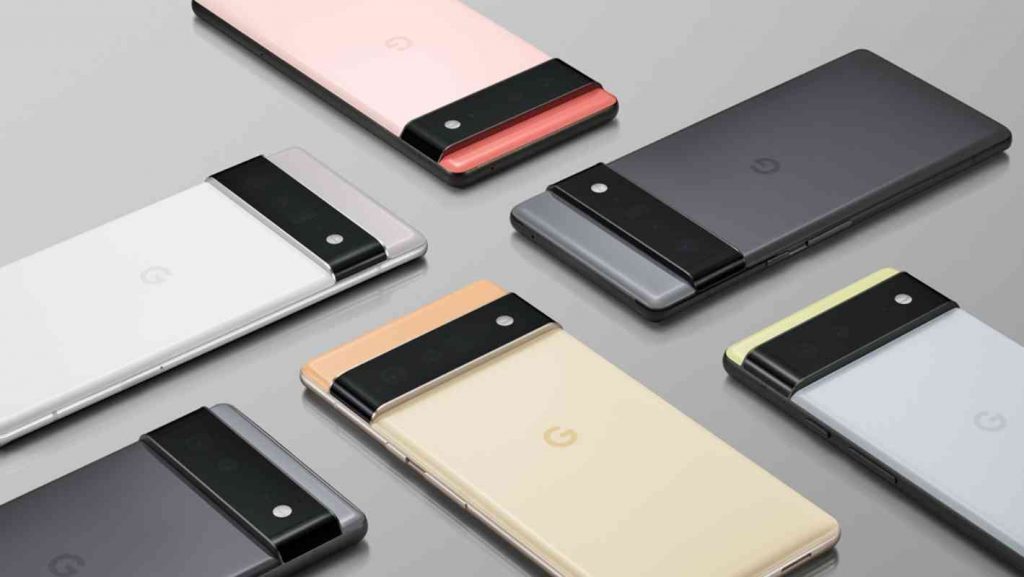 Google Pixel 6 is coming later this year. The company recently shared some details about the device. Here’s everything to know about the Google Pixel 6 and Pixel 6 Pro –

According to the leaks, Google is working on two Pixel devices in 2021. Nomenclature isn’t announced yet. However, people are assuming that the top-of-the-line device will be named “Pro” instead of “XL.” Earlier today, Google might use “Pro” to signify the device’s high-quality and top specs. Both the device will be revealed this fall. Google didn’t mention any specific date but it is assumed to be in the second week of October.

To start with the design, Both the devices have a premium look on them. The pro models seemed to feature polished aluminum frames while the regular one is in a matte finish. The non-pro models will be available in dynamic colors and pro models will come with standard color options to portray more professionalism. Apart from these, Pixel 6 Pro will feature a 6.7-inch Quad HD+ curved display with a 120Hz refresh rate on it. On the other hand, the regular model will have a 6.4-inch Full HD+ flat display with a 90Hz refresh rate. These two new devices will exclusively roll with the upcoming Android 12 operating system which is currently out as beta.

As rumored since the beginning of 2021, Google is integrating their in-house chip to the Pixel 6 series instead of Qualcomm’s. Chips were reported to have the code-name “Whitechapel.” The model name was assumed to be either “GS 101” or “GS” where “GS” stands for Google Silicon and 101 is the first chip of the lineup. However, Google decided to market the chip as “Google Tensor.” “Tensor” is a very popular and important term when it comes to machine learning. As Google is working with AI now and then, It seems Pixel 6 will have a lot of AI features to make this device more user-friendly and productive.

So far it is known that the Tensor chip is capable of advanced computational photography. The tensor chip has a Tensor Processing Unit or TPU to produce HDR frames in a video of 4K at 30fps. Using this chip, Pixel 6 will reduce blurriness while taking a photo. Not to mention, several pictures will be taken for a single HDR shot. So that even a tiny detail doesn’t go missing. Google says the Google Tensor chip enhances recognition, translation, captioning, and dictation among many other tasks.

Titan M2 hardware security module is coming back to Pixel 6 models to support such tasks with better security. Google didn’t speak anything about the Titan M2 chip yet. So detailed information, working procedure, and everything else about Pixel 6 and Pixel 6 Pro to know will take time to be revealed.

It seems Google is picking a selective market for the Pixel 6 series. The company didn’t say much about price but did mention that Pixel 6 devices will be available at least in these countries –

Moreover, this isn’t the final list. Therefore, there might be several other inclusions. Keep an eye on this story for the update.

Out of blue, Google revealed all this information. At the same time, other information is collected from reliable sources. Google is serious with their Pixel lineup this year as the smartphone market is very much competitive right now and some companies had to quit. Stay tuned to know more about the Pixel 6 and Pixel 6 Pro.

5 Best Android Games to Try Even in 2021
Xiaomi's Next Foldable Smartphone: Competitor of Samsung and Google
Android 13 "Tiramisu": All Leaks and Rumors So Far
GTA 6 Release maybe be Pushed to 2025: Recent Info
New Lenovo Yoga Tablet will Come with HDMI
Meta and Metaverse: Facebook's Plan
Expected Releases from Apple in 2022