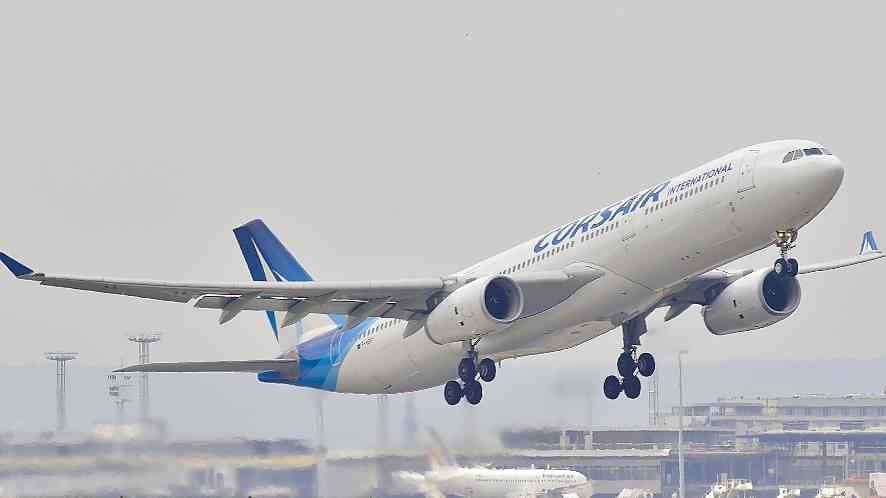 Image by – Daniel Eledut on Unsplash

The white color actually reflects the sunlight properly. Other colors are more into absorbing the sunlight. Most of the sunlight is absorbed by the darker colors. Such absorption increases the heat on the plane body. Thus, coloring a plane in white makes it less heat absorbent and less damaging to solar radiations.

Flying at a higher altitude exposes the plane to a number of atmospheric conditions. When colored in other colors, the plane gains weight due to heavier paint coatings. Heavier aircraft means more fuel to burn which makes maintenance costs higher along with fuel costs. At the same time, frequent exposure to sunlight damages the color of the plane.

Airbus A320 or Boeing 737 needs nearly 245-liter colors to have a single paint coating. The airplane also needs a glossy effect for better aerodynamics. Summing up all these factors, a huge cost can be saved by coloring an airplane in white.

An airplane needs proper maintenance every now and then. Slight damage could cost hundreds of lives. When the plane is colored it is difficult to spot the damages. When colored in white, small damages, dents, oil spills are easier to catch on eyes.

A bird strike is a collision between a bird and an aircraft. On a lower altitude bird strikes are not uncommon. However, Bird strikes are a potential threat to an airplane. White color extends the visibility, detection is better in between the blue sky and colorful earth surface.

On the other hand, when a plane is colored, Birds tend to mix up the colorful Earth surface and the plane. By the time it understands the existence of the plane, the plane hits the bird. Bird strike can not be mitigated entirely but the rate has been brought down using Airplanes in white color.

Most air crushes or accidents occur during take-off and landing. Thus air hostesses ask passengers to keep open their window flaps. When a passenger keeps the window flap open, He/She will enjoy the view outside at the same time, He/She could easily spot any sparks, damages, cracks, or other threatening conditions on the white plane surface better.

When the plane is colored, such threatening damages of a plane don’t get caught by the eyes easily. The pilot alone can not see the whole airplane. Therefore, This small technique of monitoring an airplane has been a very effective one.

The airline industry works on a lease basis. Airline companies don’t buy the aircraft completely rather they go for some agreements. Therefore, selling airplanes is a common phenomenon among companies. The white-colored airplane’s always got good resale value. It is easier for the buyer to detect damages and re-paint the plane with their own designs quickly if the selling plane is white in color.

These are the mentionable facts behind an airplane to be painted in white. Comment below if you know any other reasons. Share your thoughts with us as well. If you want us to explain anything, Comment below or contact us. Stay tuned for more content like why Airplanes are White in color.