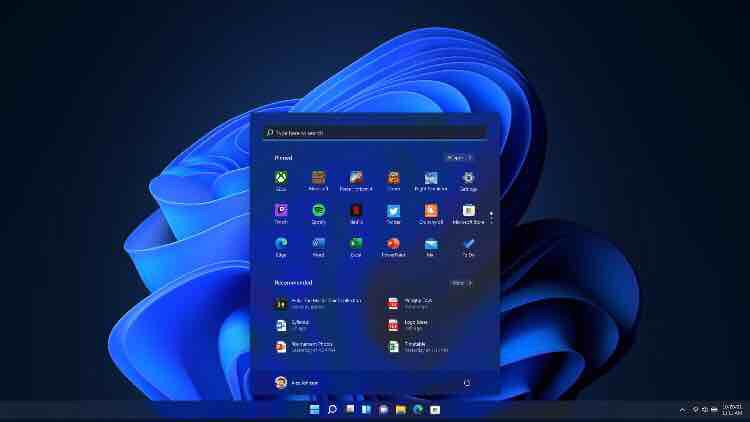 Windows 11 has been announced a few hours back. This holiday season, your PC will run Windows 11 seamlessly. However, there are some features you’re gonna miss. Let’s have a look-

As always when a new version of anything comes out, there are optimizations and replacements. Windows 11 is no different from that. Windows 10 lived quite a life along with several features. It’s time for some to be polished and others to be replaced.

Microsoft decided to remove Cortana. You won’t be able to see Cortana during the first boot or even pinned in the taskbar. There will be no greetings like- “Hi there! I’m Cortana, and I’m here to help.”

S Mode is there on Windows 11 Home. This refers if you have a Windows 10 S PC, maybe a Surface laptop, there’s no S mode for you.

Math Input Panel has been removed. Replacement to that, there’s Math Recognizer. Not to mention, Math input control and recognizer are packed together now. OneDrive’s Math inking is fine as it was.

News & Interests has been polished. A new version will be seen by clicking the widgets on the Taskbar.

There will be no Quick Status as nobody got benefit out of that ever, I guess. So Microsoft removed the feature along with associated options and settings as well.

One of the useful features of Windows is the Snipping Tool. Microsoft is keeping Snipping Tool. Although the feature has been redesigned to portrait a professional look.

There is a lot to talk about the start menu of Windows 11. Microsoft put a lot of effort to make a more efficient and productive start menu this time. Some mentionable changes are:

Some noticeable changes you will be able to see as soon as you upgrade to Windows 11. The taskbar is at the top of this list.

The new Taskbar doesn’t hold the People app anymore. System Tray has to get rid of a number of icons. Apps aren’t customizable in the Taskbar area. There is no Timeline as well.

There’re apps that Windows 10 had. Eventually, people uninstalled most of them after their first boot. Microsoft sorted out such apps. Windows 11 excludes those apps from installation while booting for the first time. Some mentionable apps of that kind are Paint 3D and 3D Viewer, OneNote, and Skype.

Speaking of Skype, Microsoft Teams took the place. As Microsoft improved Teams greatly over the recent months. The App is now comes installed.

Microsoft announced the official release date of Windows 11 as of October 5, 2021. Obviously, everyone won’t get access to Windows 11 on that day. This is going to be a step-by-step rollout. Initially, all the newer eligible devices will get the Windows 11 update.

Other devices will get updates gradually according to the queue. As Microsoft tests more devices, Windows 11 will expand the coverage. By Mid-2022, all the compatible devices will receive Windows 11.

As a reminder, you need to have an Intel 8th gen or newer, AMD Zen 2 or newer, Or Qualcomm Snapdragon 850 or newer processor to get Windows 11 on your machine. Apart from that, TPM 2.0 is a must for the upgrade as well. Ergo, all the PCs sold since 2016 are compatible with this OS.

Windows 11 is now formally and officially announced. The summary is, it seems Microsoft did really well with Windows 11. These minor tweaks and replacements made Windows 11 more productive and effective. The OS seems user-friendly and less hassled. Stay tuned for more updates on Windows 11 and the subsequent noticeable changes.

Hide Your Like Counts on Facebook and Instagram: New Feature
New Wear OS Update by Google: Integration of the Best Features
Hashtag: Here's Everything to Know So Far
Google Meet Update: Limited Call Length for Free Users
Ask These Before Getting a Fiber Internet Connection
Google Workspace and Google Chat: Available for Everyone Now
Tinder Allows You to Block People by Phone Number