YouTube Vanced is a version of traditional YouTube with a number of modifications added on top. In case you never had a chance to know about YouTube Venced, the App allows you with a built-in ad blocker, background playback, dark themes, swiping to control volume and brightness like VLC and MX Player app, and the list goes on.

Rooted Version: When you install YT Vanced on a rooted device, the official YouTube app gets replaced by the YouTube Vanced. You can use Vanced in the same way you used YouTube official app. Even direct opening of links and summoned by Google assistant are available with the version of YT Vanced.

Non-Rooted Vanced: You might not want to root your device for a number of reasons and Vanced got your back. When you install Vanced on a non-rooted device, your official YouTube app resides with YouTube Vanced app. This, to some extent, gives you more control over which app you want to open YouTube links on, which app will be used as the default YouTube app, and so on. However, in such a case, you need to download an additional supporting app MicroG to log in to your Google account on YouTube Vanced. Otherwise, everything remains the same. You can opt-out any time you want.

Installing on a Rooted Device

Here’s a Step by Step installation instruction for Rooted devices- 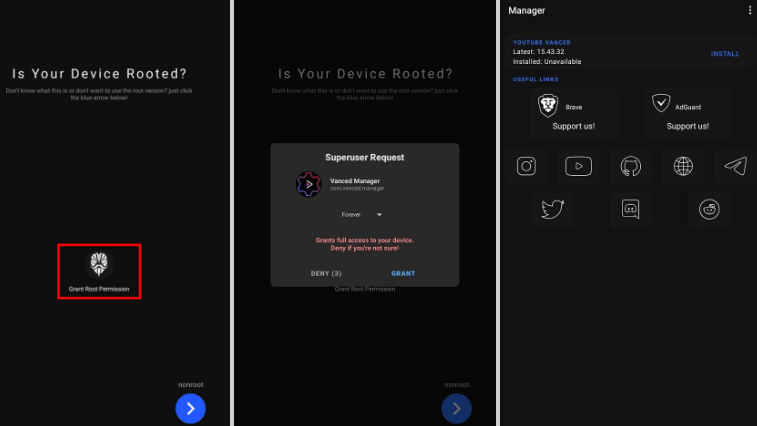 For manual installation: Disable the Signature as mentioned above. Get YouTube Vanced APK which supports your device. Using APK installers like Split APK Installer, install the App.

Installing on a Non-Rooted Device

Installing YT Vanced is as easy as installing any other app on your Android device. For this, you need to download Vanced Manager App as well. You will be getting support for YT Vanced, YT Vanced Music, and MicroG from the Vanced manager app. MicroG is required if you would like to use Google Account on your YT Vanced App. 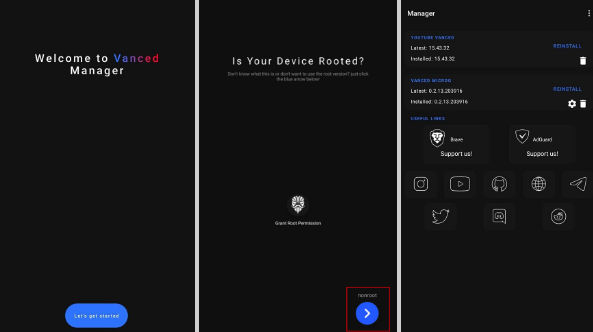 YouTube is now a very popular platform to stream videos and music for free. However, having some productive and useful features makes an App more intuitive to use. That’s when YouTube Vanced comes in. YouTube Vanced Installation on Rooted and Non-Rooted Devices is quite an easy process. This Modded version of YT is safe and awesome. Give it a try and thank us later.

Comment below how you feel about YT Vanced. Share your thoughts with us. Tell us what you want us to cover next. We will be happy to hear from our Friends!